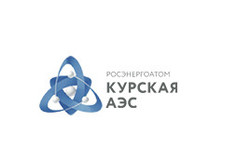 The Kursk Nuclear Power Plant is one of the country’s top four nuclear power plants with equal capacity and is the most important nodes of the Unified Energy System of Russia. The main consumer is the Center Energy System, which covers 19 regions of the Central Federal District of Russia.

The share of the Kursk NPP is more than 50% in the installed capacity of all power plants of the BlackEarth region. It supplies electricity to most of the industrial companies of the Kursk Region.

The nuclear power plant uses boiling-type channel graphite-moderated water-cooled reactors. Such a reactor is intended to generate saturated steam under a pressure of 7.0 MPa.
The Kursk NPP is a direct-cycle plant: steam directed to turbines is generated directly in the reactor when the coolant boils when passing through the reactor. Ordinary purified water circulating in a closed circuit is used as a coolant. Water from the cooling pond is used to cool the exhaust steam in the turbine condensers. The surface area of the pond is 21.5 km2.
The plant was built in two stages: the first stage: Power Units No. 1 and No. 2, the second stage: No. 3 and No. 4. Power unit No. 5 of the third stage is mothballed.